Mercy’s Prince is a beautifully written book. It has everything that makes a good fantasy: characters with special powers, a danger that must be faced or human survival is in danger, and traitors that are undermining what needs to be done to satisfy their own ambition. And most important of all, it has dragons.  If that is not enough, Mercy’s Prince is also a story of romance. I particularly liked the character of Mercy, who could touch a plant and discern its medicinal or toxic properties. This book was well written and well edited. The romance went a little too smoothly, without the opposition that might have been expected, but all in all it was a great story and I would highly recommend it as a book that will appeal to all ages.
Posted by Dianne Astle at 10:59 No comments:

This book was fast paced and engaging. Blood Tithe was an original story that kept me captivated until the end. Glenn Soucy really impressed me by his ability to move back and forth between two time periods. I loved the author’s description of a family that loves one another, but is torn apart by events beyond their control. There were some things that I felt could have improved the story.  The main character, Jeremy, would have been more believable if he had been eight instead of five when the story starts.  The book could also be improved by a good editor. There were a few too many typos in the edition I read. However, all of this won’t stop me from reading the next book. Blood Tithe, for the most part, was a great story well told.
Posted by Dianne Astle at 22:02 No comments:

This is the third Ninie Hammon book I have read. The author has become one of my favorite writers ever since I encountered her books on Twitter over a year ago.  I sent the author a Tweet after I read Sudan and learned that the book was inspired by the true story of a Dinka tribal who walked 500 miles north to find a daughter who had been carried off by slave traders.

Ninie Hammon told a story of the devastation experienced by individuals, families and whole communities when violence strikes and rips apart the fabric of their life together. Ninie Hammon has such tremendous skills as a writer that she made the characters come alive. I think Sudan is an important book to read because it helps move us away from statistics to thinking about the real people that are impacted by injustice. The people in this book captured my heart and will live there.  This is an excellent story and I highly recommend it.
Posted by Dianne Astle at 16:35 No comments:

Shin Dong-hyuk was born in a slave camp in North Korea to a father who had been imprisoned because his brother had fled to South Korea. He never learned why his mother was there. The conditions in the camp were brutal. The guards had ultimate power over life and death. If a guard was too kind they disappeared. Shin and his father were tortured after his mother and brother made a plan to escape. They were brought from the prison to a place of execution where Shin expected to die, but instead was given a front row seat when his mother and brother were executed.

He lived 23 years in an open-air cage run by the men who hanged his mother, shot his brother, crippled his father, murdered pregnant women, beat children to death, taught him to betray his family, and tortured him by roasting him over a fire.

Shin escaped the camp into China where he was lucky not to be captured by Chinese authorities and turned over to North Korea. He remained lucky and found his way to South Korea and eventually travelled on to the United States. "I am evolving from being an animal," Shin says, "But it is going very very slowly. Sometime I try to cry and laugh like other people, just to see if it feels like anything.”

This is a difficult story, but it is a powerful story. As far as the world knows Shin is the only prisoner to ever escape from Camp 14.

Posted by Dianne Astle at 15:45 No comments:

Slings and Arrows is a powerful book which tells the true story of the author’s struggle with grief and guilt and despair after her beautiful two year old daughter suffers brain damage due to a heart problem. Julie Elizabeth Powell takes the reader on an intimate journey with the kind of honesty that makes you feel like you are present in the story.  Julie’s book would be a powerful case study for those going into the medical profession who think they might be working with severely disabled children and their families.

Julie’s story reminds me of a case here in Canada. Tracy Latimer was also a child who suffered brain damaged and whose body became distorted as a result. Tracy needed surgery to deal to deal with some of the distortion. After surgery the doctors sent her home for her family to care for without any pain medication which they said Tracy could not take. Robert and Laura Latimer took turns staying up all night to turn their daughter in an effort to ease her pain. At one point they placed her in a care facility and watched as she lost weight and suffered from painful bed sores. Tracy was clearly not getting the care she needed so they took her back home and carried on.

Laura was pregnant when they were told that Tracy would need more surgery and again would not be able to take any medication to relieve her pain. Robert Latimer spent almost eight years in prison for ending Tracy’s life through carbon monoxide poisoning. He placed her in a running vehicle where she quietly died. Robert Latimer could have been out of prison sooner if he had been willing to admit to doing the wrong thing.

In Slings and Arrows Samantha is placed in a wonderful caring facility which is adequately staffed to meet her needs. Julie knows this is the best place for her daughter, but still feels guilty about turning her child over for strangers to look after. She also finds herself asking if Samantha would be better off dead.
Posted by Dianne Astle at 11:53 3 comments:

Split Sense is the first Christian Fiction of this type that I remember reading.  I have read theology, autobiographical stories of faith and devotional material, but I have not read explicitly Christian fiction. The closest I have come would be allegorical fiction books rooted in the Christian story; for example, the Narnia Series. What struck me as I read this book is that a novel needs to have a very strong story line to carry the “it is important to be saved message” so that it does not hit the non-initiated reader between the eyes and become all they see. Fortunately for readers of Split Sense, Barbara E. Brink is an exceptional story teller.  I can understand why Split Sense won the 2011 Grace Award.

Split Sense tells the story of twins who are separated at birth. They are part of an experiment by a corrupt Pharmaceutical Company. The girl is presumed dead, but secretly rescued by a doctor who was being blackmailed by representatives of the Pharmaceutical Company. The boy is raised by a company employee who loves Zander like his own son and struggles to protect Zander from his bosses.  Both children develop exceptional abilities that bring them to the attention the corrupt board members who want to use them in their struggle for political power.

I am giving Split Sense five stars, not because I agree 100% with the theology behind it, but because Barbara E. Brink’s story telling is outstanding.  Barbara has written a wonderfully engaging book.
Posted by Dianne Astle at 11:29 No comments:

When Butterflies Cry by Ninie Hammon

When Butterflies Cry is the second book I have read by Ninie Hammon and it will not be the last. Ninie Hammon has an incredible gift with language. For example, a line from the second page says, “But the smile that started on Andy’s face melted like wax beneath a candle flame.”  Can’t you just see that smile disappear?

The book When Butterflies Cry is based in Wales, Vietnam and West Virginia. An event in time pulls them all together.  An unknown girl shows up at the door. She has been badly beaten by someone but no one reports her missing. A few days later a shell-shocked soldier comes home from the war in Vietnam to find his brother making moves on his wife. Meanwhile, above their home the dam built to hold back toxic waste from coal mining is about to let go.

In Ninie’s book she talks about the United States Bureau of Mines, the agency that is supposed to exercise regulatory control over the mining industry. She says that in practice, the USBM was more of an extension of the industry than a watchdog. I found this particularly interesting because in the Canadian province I live in we have recently had a dam give way that contained toxic sludge from the Mount Polley mine.  One of the reasons why this happened was poor government oversight.  The buzz-word here is self-regulating, The Mount Polley mine spill was  an example of where that policy leads. There were no towns beneath the massive spill that happened in BC, but there was a pristine wilderness which up until now has boasted the largest run of sockeye salmon.


I would highly recommend Ninie’s book.  It is not so much a social commentary as a wonderful story of love and loss and what it means to be family. There is enough drama in this book to keep a reader missing sleep to keep on turning pages until they have finished a remarkable book.

Posted by Dianne Astle at 12:02 No comments: 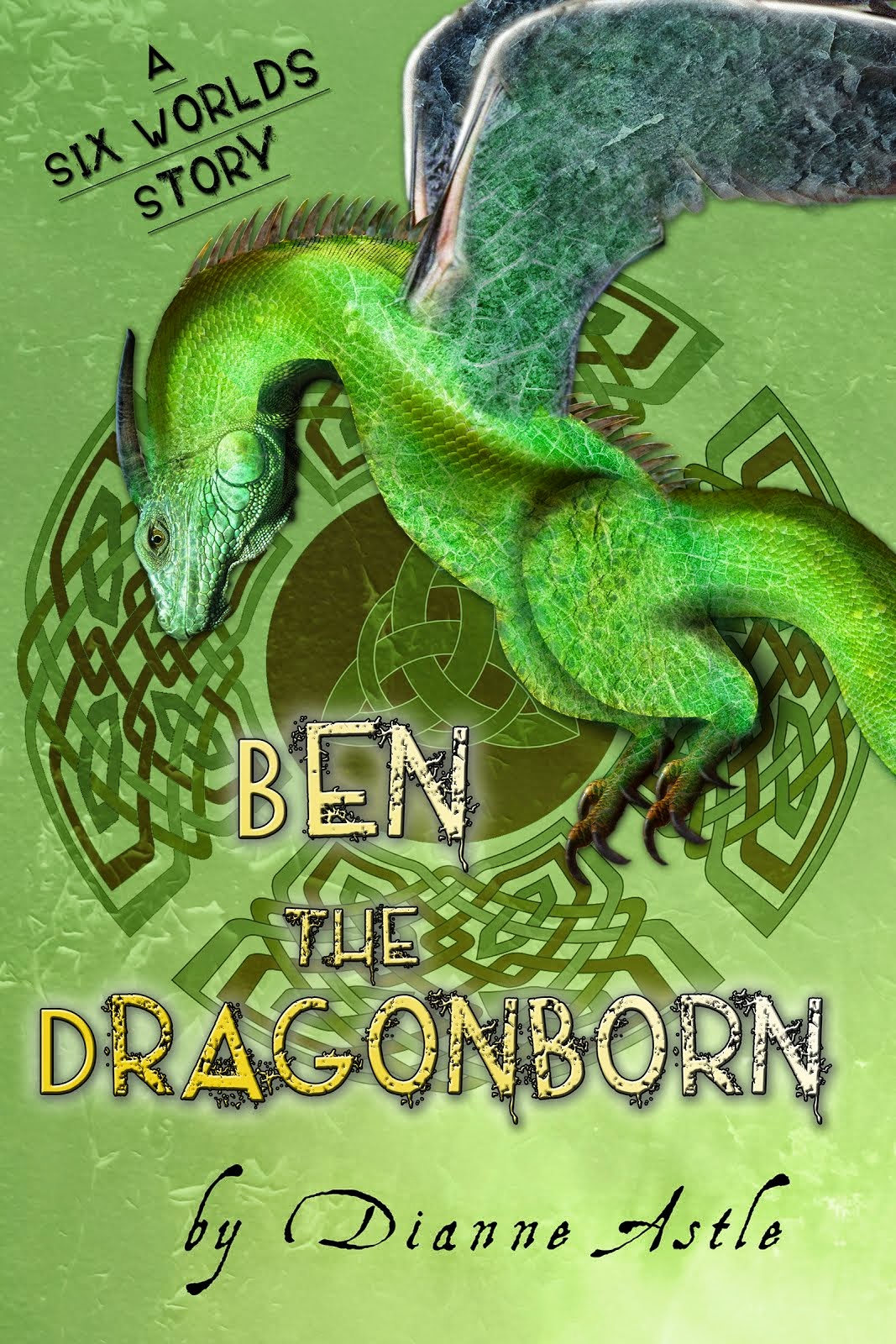